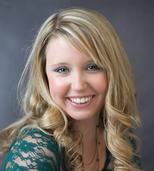 A native of Maryland, Pamela holds a Bachelor of Music from The Catholic University of America.  She has been performing nearly all her life and feels at home in the theatre.  She has thrilled audiences as Guenevere – Camelot, Eliza – My Fair Lady, Christine - Phantom of the Opera, Nellie – South Pacific, Laurey – Oklahoma, Fiona – Brigadoon, Lily – Secret Garden, Abigail and Martha – 1776, Emma – Jekyll & Hyde, Cinderella – Into the Woods, Antonia – Man of La Mancha and Polly – Crazy for You.  Pamela has sung The National Anthem for the Boston Red Sox and appeared as an extra on Saturday Night Live.  She truly enjoys the intimacy of cabaret and performed her one woman show in Baltimore, Boston, New Jersey and New York City. 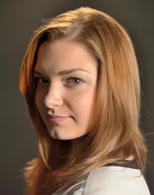 AUTUMN BOYLE  is the soprano cantor and section leader at the Cathedral of the Incarnation in Baltimore, MD. She has performed solos from various oratorio works with the cathedral choir and consort, including Messiah (Handel), Requiem (Cherub ni and Rutter), "Laudate dominum" from Vesperae solennes de confessore (Mozart), "Alleluia" from Exsultate jubilate (Mozart), and Cantata No. 105 (Bach). Ms. Boyle has performed roles with some of the oldest and most beloved theatre companies in Baltimore and Pittsburgh. Her credits include Alice Grey (A Sensation Novel), Christine (The Phantom of the Opera), Tuptim (The King & I), Emma (Jekyll & Hyde), Florinda (Into the Woods), Casilda (The Gondoliers), Second Spirit (The Magic Flute), Ida (Die Fledermaus), Susanna (The Marriage of Figaro), and First Witch (Dido and Aeneas).

His Equity performances as a dancer include ANNIE GET YOUR GUN, MY FAIR LADY, MUSIC MAN, and SOPHISTICATED LADIES. Local chorography and/or directing credits include THE WIZ, DREAMGIRLS, CAROUSEL, RAGTIME, GUYS AND DOLLS, HELLO DOLLY, SONGS FOR A NEW WORLD, ANNIE, DROWSY CHAPERONE, JACQUES BRELL IS ALIVE AND WELL AND LIVING IN PARIS, ADDAMS FAMILY and OLIVER. Favorite roles as an actor are Belize in Angels in America, Bobby in A Chorus Line, Henry in Street Scene and Walter in Chess. Timoth was last seen in Vagabond Theatre’s production of Ain’t Misbehavin as Andre. As a singer, he is delighted to be included in this Cabaret, his first passion. He is the theatre columnist for Baltimore Gay Life Magazine and the former Vice President of the Baltimore Theatre Alliance, and was the Artistic Director of Liberty Showcase Theatre. He was recently nominated for a few BroadwayWorld Baltimore Awards.

Stu was last seen as Seymour in LITTLE SHOP OF HORRORS with Artistic Synergy of Baltimore, LOVE STINKS! at Signature Theatre, and as J. Bruce Ismay in TITANIC at Dundalk Community Theatre. Other roles include M. Richard in PHANTOM OF THE OPERA (Toby's), Dr. Mendel in FALSETTOS (Fells Point Corner Theater), Charles Guiteau in ASSASSINS (Spotlighters), Dorothy in the all-male production of THE WIZARD OF OZ with the Gay Men's Chorus of Washington, and Miss Bible Belt in all five Baltimore-area productions of PAGEANT.

Jim has been singing and performing all over the Baltimore area for the past 15 years - mostly in musical theatre, but he has also sung and recorded vocals in progressive rock and has an undying love of 80's hair metal.  He was recently nominated for Best Actor in a Musical by DC Metro Theatre Arts for the role of Joe Hardy in "Damn Yankees", and can be seen in the role Cinderella's Prince in an upcoming production of "Into the Woods" with Reisterstown Theatre Project.  Some of his other favorite roles have included Judas in two productions of "Jesus Christ Superstar" (and Annas in another), Finch in "How To Succeed In Business...", Albert in "Bye Bye Birdie."  He hopes you enjoy the evening and the music, and sends all his love to his amazing and supportive wife Ashley (who is also performing in a duet tonight!).  Love really does change everything!

Melissa Broy Fortson is thrilled to be part of this fantastic night! She was last seen on stage as Veta Louise Simmons in HARVEY with Artistic Synergy of Baltimore. Other recent shows include: LITTLE SHOP OF HORRORS (Ronnette with Kim!!), AIN’T MISBEHAVIN’ (Nell/Armelia), HAIRSPRAY (Motormouth Maybelle), AVENUE Q (Gary Coleman), NUNSENSE (Sister Hubert), BEST LITTLE W*HOUSE IN TEXAS (Jewel) and NUNSENSE 2 (Mother Superior). She has also directed several shows, NUNCRACKERS: THE NUNSENSE CHRISTMAS MUSICAL, GODSPELL, and HONK! Congratulations to B’More Musical and I hope everyone enjoys their evening. Love, hugs, and thanks to everyone who supports me. To the singers, BREAK A LEG AND HAVE FUN!!

She frequently performs in musicals and cabarets in the DC area and originally grew up performing right outside of Atlanta, Georgia. Some of her favorite musical roles include Marian Paroo in The Music Man, Sandy in Grease (received a WATCH nomination for Most Outstanding Lead Actress in a Musical), Cinderella in Cinderella, Baker’s Wife in Into the Woods, and Rosemary in How to Succeed in Business Without Really Trying.

Lisa was last seen as Cosette in Tidewater’s production of Les Miserables. She has appeared in several Suburban Players’ productions, appearing as the Wicked Witch in Shrek, the Narrator in Joseph, and Melpomene in Xanadu. Other theater credits include: Madeline True in Lippa’s Wild Party, Sally Bowles in Cabaret, Svetlana in Chess, Mazeppa in Gypsy, and Little Red Riding Hood in Into the Woods. When not performing, Lisa is a pre-K teacher at John Ruhrah ES/MS in Greektown. 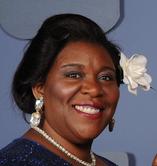 Johanna Kvam, a native of Rochester, MN, is currently in her second year of Peabody's Vocal Accompanying MM program. A recipient of the 2015 Clara Ascherfeld Award in Accompanying, Johanna holds a graduate assistantship in Vocal Accompanying and has played for voice students in the studios of Stanley Cornett, Bill Sharp, Marianna Busching, Ah Young Hong, Denyce Graves and Steve Rainbolt. She has also been active in Peabody's opera department, having performed the U.S. premiere of Jonathan Dove's "Mansfield Park" in February 2015. Tim Smith of the Baltimore Sun reported: "Pianists Johanna Kvam and Hanna Shin make the most of the assignment, becoming major stars of the production."  Since beginning her piano studies at the age of 5, Johanna has developed a strong passion for both music and language that followed her throughout her years at Macalester College as a Music (Piano Performance) major and English minor. During her time as an undergraduate, she studied with Mark Mazullo and played for many voice lessons, recitals, chamber groups, conducting classes, musical theater productions and choral rehearsals.  She served as Choir Accompanist for both Macalester's Highland Camerata and Parkview UCC church in White Bear Lake, MN, as well as accompanying concerts for organizations such as the Honors Choirs of SE MN and the Rochester Music Guild.

Johanna has played for masterclasses and coachings with pianists Ruth Palmer, Timothy Lovelace, and Anton Kuerti.

Tiffany Spaulding is excited to be a part of the BMore Musical family! Tiffany has been involved in the arts from a young age, both instrumentally and vocally. After taking a break from performing while she was in college, Tiffany has returned to the arts world through community theater and has performed in shows with Spotlighters (Into The Woods - Bakers Wife, The Rocky Horror Show - Phantom) and Vagabond Players (Dr. Jekyll & Mr. Hyde - Elizabeth Jelkes). Tiffany has also performed as a part of several cabarets, including music from Les Miserables (Eponine), Wicked (Elpheba), The Rocky Horror Show (Magenta), and Rent (Maureen). Tiffany would like to thank her incredibly supportive fiancee, Neil, and her family and friends for encouraging her to pursue her passion!